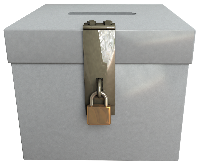 The process of fair and transparent elections is a foundation of a free, independent nation that we all envision.  Unfortunately, confidence in our election system is at a disturbing low.  A recent ABC poll showed that only 30% of Democrats, 20% of nonpartisans and 13% of Republicans are very confident in the integrity of US Elections, and specifically 59% of Republicans are either “not very confident” or “not confident at all”.

Specifically in our last election in Clark County, there was a difference of 139 ballots between the number of voters who signed in and the number of ballots cast.  The election in question, County Commission District C, had a result where there were 15 more ballots for Democrat Ross Miller than there were for Republican Stavros Anthony.  With 139 more ballots than voters who were recorded as casting ballots, the validity of that result can certainly be scrutinized.  Clark County’s registrar of voters even suggested conducting a special election to properly arrive at the winner.  But with a partisan result that aligned with the wishes of the existing commissioners, it was decided that no special election would be held.

It is also worth noting that ballots that were mailed to the election department were verified by comparing the signature on file to the voter signature.  This was done by an automatic signature verification machine.  That machine identified so many errors that it was reset below the manufacturer recommended threshold in order to not register so many errors.  Then, when the election was challenged in court, the ruling was that there was no evidence of voter fraud.  Of course, adjusting the machine to below the manufacturer recommendation would result in far less incidents to investigate, and those ballots that were not investigated could not be proved to be fraudulent.

Situations like this contribute to the low perception of fair elections.  We’re at a time now where our leaders need to fully evaluate the election process and ensure that the process of conducting an election is done fairly, transparently and accurately.  We need to make it easy for those who are eligible to cast a ballot to validly do so, while preventing additional ballots or ballots from those not eligible to vote.  And we need to have processes where observers from all viewpoints can feel a greater sense of security about the process of conducting elections.